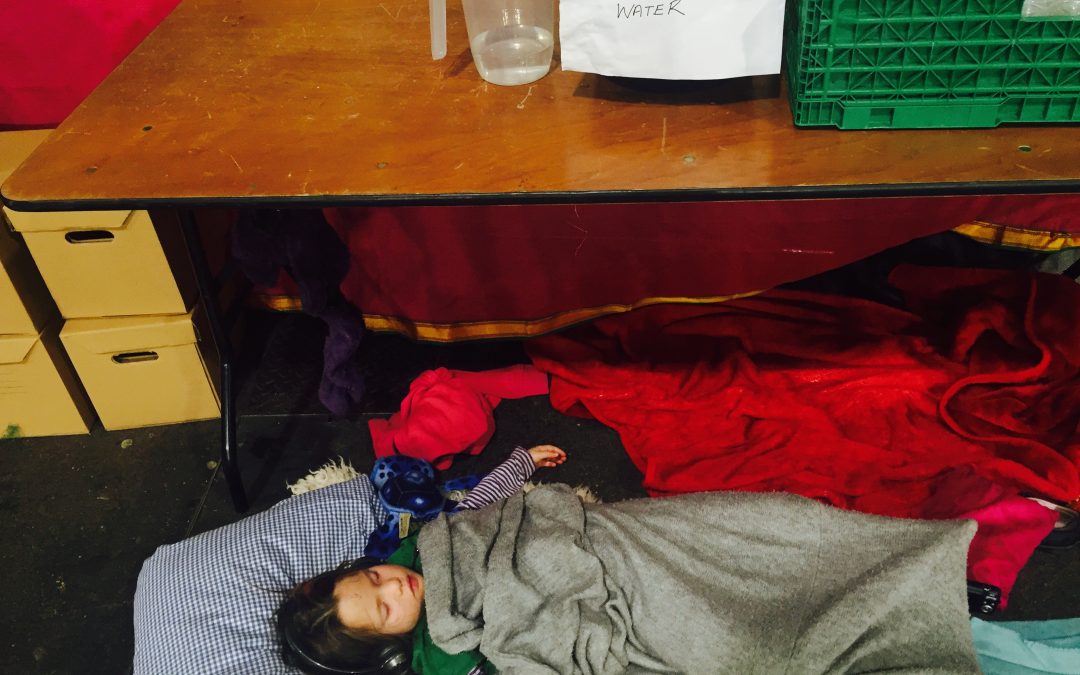 I just took my kids on a slightly wild adventure to see Amma (the ‘hugging saint’) in London. They managed to hold it together throughout the 5 hour car journey, despite being sprung straight from school without any Special Time to top up connection levels. We scraped them through a quick dinner in a cafe, where they were pretty on the edge. They ADORED the Amma program; running about Alexandra Palace, making friends, playing, eating cake, sitting on the stage near Amma. And this went on for many hours. Until one passed out under a table of blessed water at 3.30am and the other was still going strong. I wondered how much more they could hold the crowds, the excitement, the lack of sleep.

At 5.30am our tokens were called for ‘darshan’ (our chance to hug Amma). We moved through the queue before deciding to wake Arte up so that she had some time to acclimatise. Having only slept a couple of hours after staying up so late, she was understandably hysterical when I tried to scoop her sleeping body into my lap. And here it came, the tidal outpouring of emotion I had suspected might be on the cards. She threw herself off my lap, onto the ground and I sat by her as she screamed

“You don’t want to go up” I validated and let her know she didn’t need to do anything she didn’t want to. Only she was still upset.

“Get away from me! Leave me alone! Go AWAY!” screamed my fiesty 5 year old over and over again.

I stayed close, held her hands as she moved to scratch me, followed her when she marched away from me.

We were right in front of the whole darshan queue; even as someone fairly blinkered to observers, I was aware of many eyes on me. I also felt that any kick ass parenting I could pull out of the bag whilst in the energetic field of an Avatar (the incarnation of a divine being), must be worth tenfold in terms of the emotional release potential. I focused all my attention on this furious little girl, who was flying at me in a rage, biting, scratching, kicking and headbutting. I knelt down and embodied the biggest yes I could be, gesturing for her to show me her anger, whilst also keeping myself safe. It was quite intense and the presence of the Big Mama on stage loving all her children was buttressing to my own resources.

“You want me to go away. You didn’t want me to wake you up. I’m gonna stay right next to you.” I repeated.

At one point she extracted an arm from her dress to scratch an insect bite and became so enraged when she couldn’t get her arm back in. When I offered to help she roared in fury and frustration and flew at me again. Passers-by were sweetly trying to help and a man supported her to retrieve her arm. Unfortunately much of the help offered revolved around trying to shut down the feelings (‘Oooh someone is tired’, ‘Shall we get you something to eat?’), so I thanked them and let folks know we were OK.

All this time, the rest of the queue had moved on and Zephyr and his aunty were waiting for us by the entrance to the stage. Arte, still screaming, let me know she needed a wee and I carried her to the toilets. She threw herself on the ground and insisted she wanted to use a different toilet, signalling that she was still very off track and rigid. When the brain is loaded with emotion, children can’t access their clear thinking, rational part of the brain. We needed to let the feelings keep pouring off so (even though I was happy to go to the other one) I set a limit that we would be just fine using this toilet and listened as she protested

“You wanted to use the one we went in earlier. We’re going to use this one now.”

She began charging across the room towards the other toilets. I blocked her body and upheld the limit.

“You’ll be fine using this one this time.”

After some time we made it back to where her brother was waiting. She was clinging onto my back and saying she wanted to see Amma now. When I returned to Zephyr, he got distraught and began sobbing that he had been waiting TOO LONG and he wouldn’t go now.

“You were waiting so patiently. You wondered why I was taking so long.” As I listened to him and cuddled him into me, his sister was flailing on my back screaming

“I can’t let you hurt her, Angel” and I continued listening to both hysterical children as they scrambled on me from opposing sides.

“You’ve waited such a long time, Zeph that you don’t want to go anymore. You want to go to home.”

We decided to scoop Zephyr to the under-table bed and let him sleep while the rest of us took darshan, but as we left him he said sadly

“I really wanted to go and now I won’t get to.”

So his amazing aunt lay next to him and Staylistened some more until he was ready to join us again. Finally, we got to move onto the stage with a sleepy, but calm, child on each of our laps. Zephyr had made an origami frog for Amma and she laughed as she pressed the back to make it hop. It felt like this big release, predictable though it might be given the circumstances, were somehow part of the healing experience. 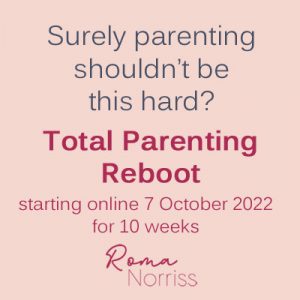 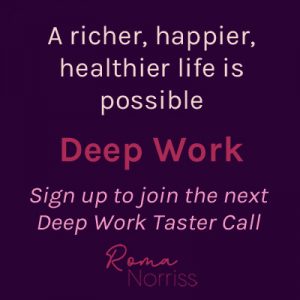